“What Did you Learn at School Today?”

“What did you learn at school today?”

It’s the age old question that every parent routinely asks and every child avoids.

It’s not likely that they didn’t learn anything, it’s just the challenge of describing what was learned in the grand view of their entire day.

As a parent, it didn’t click for me until my own son started Kindergarten. We were all so excited for him to start school, make new friends, and hear about all the fun projects and activities he was doing while away for the day.

After school on the first day of Kindergarten, we eagerly asked what his favorite part of the day was… “My teacher said that whoever is the quietest at the end of the day can get a prize from the treasure chest. I didn’t get a prize today but I was super quiet, so maybe I’ll get to pick one tomorrow. I am going to try really hard.”

Being quiet earns a reward? The main thing that stood out as special was the idea of picking a prize for being quiet?

We further prodded and asked him if he made any new friends and what their names were. He shared that he made three new friends that sat with him in his class, but he wasn’t allowed to talk to them so he doesn’t know their names.

Trying to keep our thoughts to ourselves, my husband and I just stared at each other in shock.

Now, to be fair, I get it. I was a public school teacher with 30 kindergarteners in my class before Dailies, but there is something I very much disagree with when so much time is spent on drilling classroom procedures that this is the only thing the students remember.

I recently read an article that said that the bulk of the public school day is mostly just transitions since students can only sustain attention for 10-15 minutes at a time. In order for students to move on to the next activity, they have to be taught how to independently go from one thing to the next, without bumping into each other, disrupting others who are working, and with little needed support from the teacher. How much time and emphasis is really placed on the logistics of the classroom, compared to involvement and excitement around learning? Too much.

We ended up sending him to school the next day, and one more day after that, before deciding to pull him out and homeschool him.

As a teacher, I was confident in his academic skills and have an understanding of what he should be learning and when, however we initially and most importantly wanted him to have the social experience of in-person school, but he was just not ultimately getting that.

Pulling him out for homeschooling was honestly the best thing we could have done for him.

We soon enrolled him into our own program at Dailies, DailiesSchool, where he is not only reading and writing beyond where he would’ve been this time of year in Kindergarten, but he has made friends and has an incredible relationship with his teacher. We have seen the excitement he has for class each day and the passion for writing that he has developed with the support of his peers. We have signed him up for sports so he can participate on a team, and we now have the flexibility to travel and see real places from history.

So, what’s even better… “What did you learn at school today?”

We get a daily report from all of his teachers detailing what they worked on, so I can ask questions more relevant to his day.

Not once has he said he gets a prize for being quiet, or even walking in a line. He is praised for his efforts related to his attitudes around learning. Crazy isn’t it? That school can actually  be focused on learning instead of logistical routines that are implemented to allow for students to simply move around their learning space.

We knew that online school would be a different experience, and many parents can be a bit skeptical based on how the public school system goofed that up too, but I like to believe the proof is in the pudding. When my child’s eyes light up when it is time for class, I know we made the right decision. With his small group class, dedicated teacher, and daily feedback, we feel more involved in his learning and he is actually excited to share his progress with us.

We can’t wait to ask “What did you learn in school today?” today, tomorrow, and every school day in the future, knowing that he is excited and ready to share all that he has learned with us. 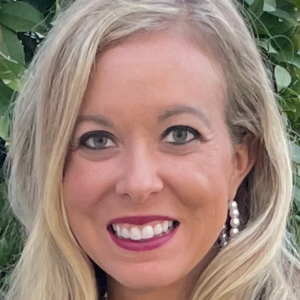 Tips and tricks to ensure your child not only survives, but thrives in the “new normal”. Ways for Kids to Write About Reading